Ekofisk 2/4 R was a riser platform which tied Cod, Albuskjell, West Ekofisk, Edda, Eldfisk, Ula, Gyda and Tor to the Ekofisk Complex. Installed in 1975, it became operational in 1977.

A new bridge was installed between 2/4 R and Ekofisk 2/4 T. Among other facilities, this incorporated the gas pipeline from Statpipe.

This platform was shut down and the pipelines disconnected in 1998. The structure had been fully removed by 2010.

The following pipelines were connected to 2/4 R:

While the platform jacket was fabricated at the Dutch Nederlands/Amerikaanse Pijpleiding Maatschappij (NAPM) yard in Vlissingen, the module support frame came from France Enterprises.

The processing plant comprised a single-stage two-phase separator for gas/condensate from the Tommeliten, Albuskjell, Gyda and Eldfisk fields. Oil was transferred directly to 2/4 T.

Processed gas was returned from 2/4 T to 2/4 R for transfer to the pipeline connection with the Emden facility in Germany. Pig traps were installed on 2/4 R for the incoming pipelines, as well as pig launchers for the pipeline to Emden.

One of 2/4 R’s most important duties was supplying the Ekofisk Complex with electricity. Two large turbines were each able to generate 25MW, more than twice the daily power consumption. This module was built by Ponticelli Freres at Ambes in France. 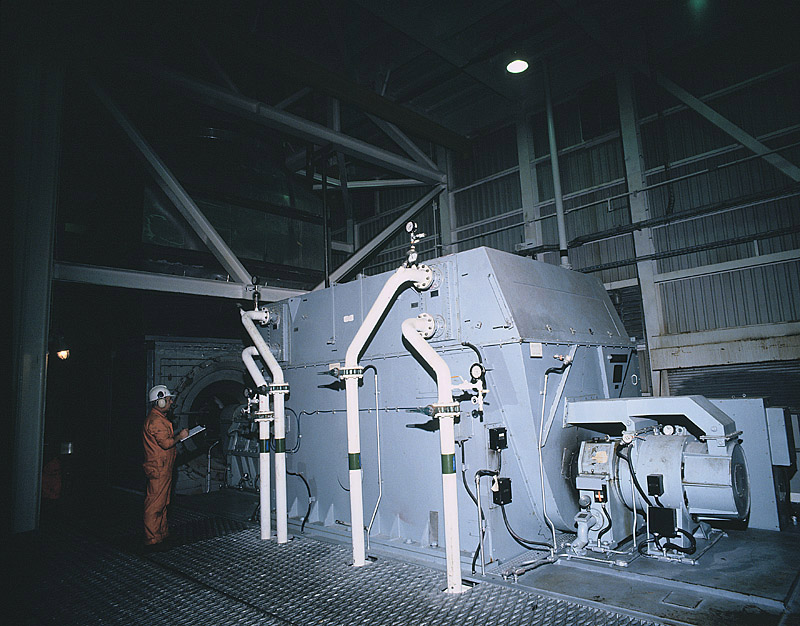